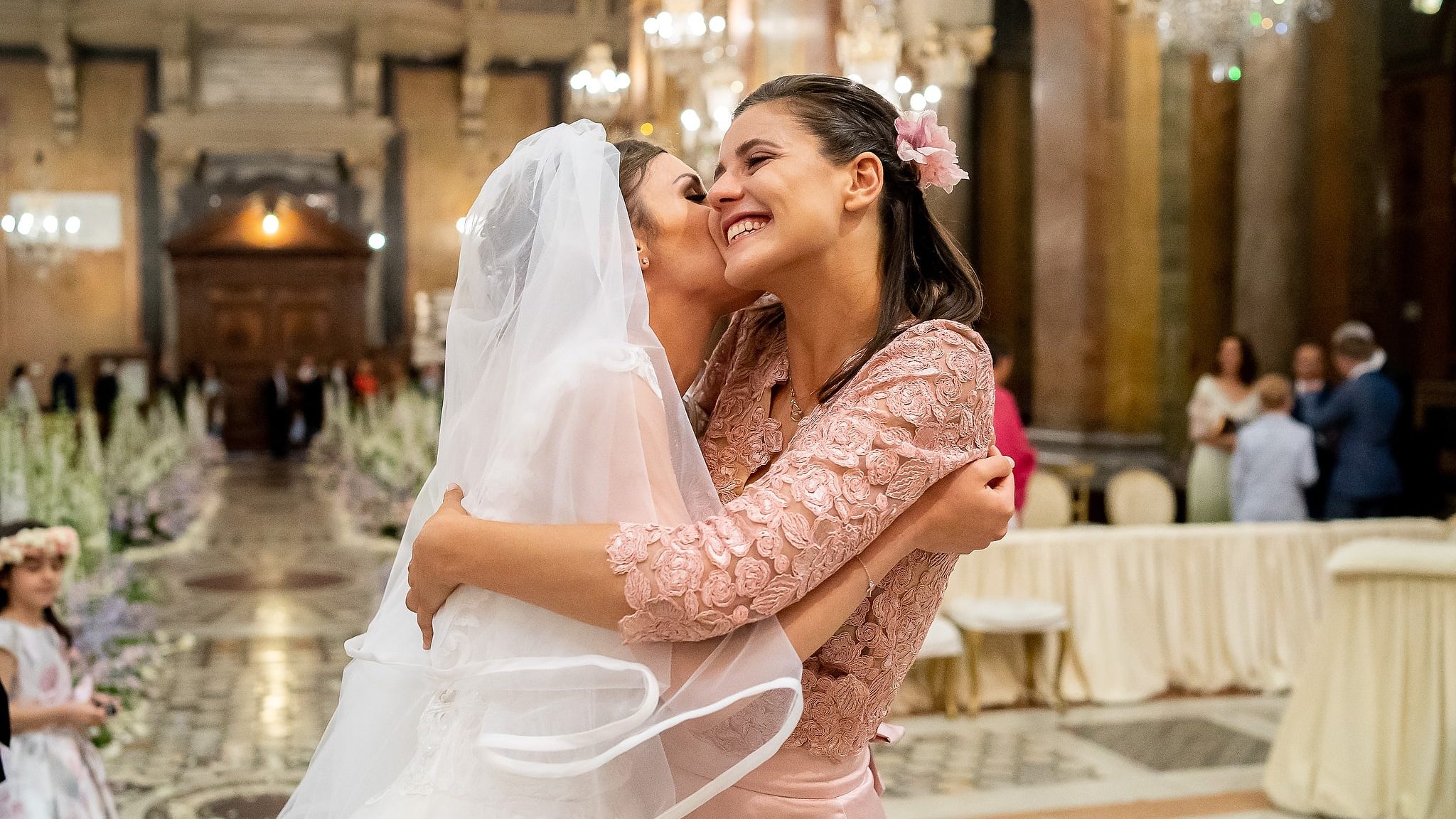 The awesome Wedding of a Football player | Lorenzo & Veronica

The wedding of well-known football player Lorenzo Pellegrini with Veronica Martinelli took place in one of the most sought after wedding locations in Rome, Villa Miani. After four years engagement the young and beautiful couple said “yes I do” on a sunny day at the end of May.

The wedding of a football player and famous person is never easy and it takes a lot of experience to juggle and get interesting photos. Furthermore, in this case the number of guests was really high and this required special and additional attention.

We followed the preparation of Lorenzo and Veronica, as we usually do. The familiar atmosphere that welcomed us was a panacea for the spirit and for our work, allowing us to capture very suggestive family images. Among other things, the presence of “furry friends” made it even more welcome – we love animals!

The bride had set up a real make-up saloon in a large room, with several stations so as to allow several people to carry out the make-up at the same time. This optimised the timing and there were no delays whatsoever.

The church where they got married was the Basilica dei Santi Giovanni e Paolo al Celio. It is a very well known church in Rome, suitable for  ceremonies with a large number of guests thanks to its size. The church also has the possibility of hosting a huge number of cars in its parking lot. This is a plus  to consider when planning a wedding.

The basilica is also called the “Church of the chandeliers” and you can easily understand why: it is illuminated by numerous and large sumptuous chandeliers which are an important element of the furnishings.

From a photographic point of view it is not an easy church, though. In fact, despite of the multiple chandeliers, the overall lighting is still low and soft. In this case, photographers need to be very careful and understand how the various areas are illuminated. Also in this case the experience helps to understand where to get the best spot and which are the best focal lenses to uses.

The guests waited for the bride and groom to arrive, as usual. Lorenzo Pellegrini’s wedding was a truly exceptional event. Among the famous guests, Francesco Totti, Bruno Conti, Alessandro Florenzi, Daniele De Rossi and many other players of Roma and Sassuolo, the team where Lorenzo played before returning to the capital. In addition to them, family members and close friends populated the large square facing the church. Upon arrival there were beautiful expressions of affection and friendship and we did not let them escape.

The church was set up with an unusual flower arrangement signed by Vincenzo D’Ascanio, who oversaw the flower arrangement of the entire wedding (we’ll talk about it later: don’t miss the reception room!). The layout was simple and with a classic accent but built with an extraordinary floral variety.

The ceremony was solemn and participatory. The celebrant, a friend of the family, was able to create a relaxed and familiar atmosphere that gave a very personal touch to the ceremony. The eyes of Lorenzo and Veronica say it all about the intensity of the feelings. The witnesses, parents, friends, all actively participated and the result was very exciting.

After the ceremony we took some photos with the bride and groom. What better bond for a footballer like Lorenzo Pellegrini, a football symbol of Rome, and the symbol of the city? The Colosseum seemed the most appropriate choice. We have taken advantage of a view that is not often used by visitors to Rome which allows us, from the Celio side, to resume the  Colosseum set among the foliage of the vegetation and not to have any tourists in the frame.

On this occasion, the couple spent a few moments together with their trusty furry friend and we were able to capture beautiful moments as a couple and family.

The reception at Villa Miani

Once in Villa Miani, we immediately found ourselves in front of an unusual sight. A large tensile structure had been erected in the space between the fountain and the balcony with the wonderful view over Rome. We were delighted by the show presented to us as we got in. Vincenzo D’Ascanio had created a real wooded environment with an imposing flower arrangement. There was a long central imperial table customised with flower islands set up and surmounted by arrangements descending from the ceiling.

Next to the imperial table there were the round tables that filled the rest of the room leaving space for a large mirrored platform, on the side of the terrace, beyond which the bridal table was set up.

Everything was illuminated by splendid descending chandeliers that almost seemed to double those of the Basilica. A very impressive and visually satisfying show. In addition, the rear wall of the table of the newlyweds had apertures that allowed a glimpse of the splendid panorama of Rome.

Obviously we photographed the set up and then immediately reached the guests. The beauty of working in two photographers is just that: being able to follow several events at the same time.

The only doubt about working with two photographers is the ability to maintain a unique style that returns a balanced photographic service. We have managed to resolve by making the decision to always work together, Giuseppe and Alessandro, in every wedding, in order to return the highest quality that we can offer, in all situations.

The families, friends and the Roma team celebrated the aperitif in the villa and then reached the room along the staircase that separates the courtyard from the garden. Several dance sessions took place during the reception. First the bride and groom alone for their first dance and then all the guests who wanted to participate. The mirrored platform, built ad hoc, hosted very interesting dance scenes and plays of light and mirrors that allowed us to capture very beautiful images.

Dances continued inside, after the cutting of the cake, in a joyful and amused atmosphere. Young, beautiful and famous but at the same time simple and with their feet firmly planted on the ground. With these words we can describe this couple and their elegant wedding in the capital. Certainly being the photographer of such an important wedding is very demanding. The pressure and the physiological concern of going beyond expectations has always been present. However Lorenzo and Veronica made us feel at ease from start to finish and we were able to concentrate on what we do best: capturing the moments and emotions of a memorable day for the couple.

The event was able to count on the organisation of the exceptional Eva Presutti Wedding Planner.

Villa Miani is one of the wedding locations where we work most often. We know every corner of it. Our style of documentary photography or wedding reportage adapts to any type of location and wedding. If you like the way we tell stories and want to know what we can offer you for your wedding, we’d love to hear from you. 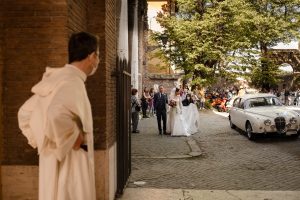 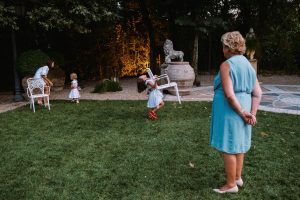 We have nothing but happiness when there are kids at weddings. Their carefree manner often gives us fantastic inspiration for photographs. 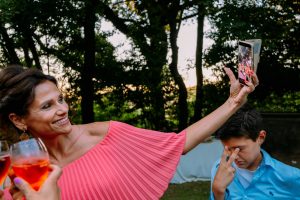